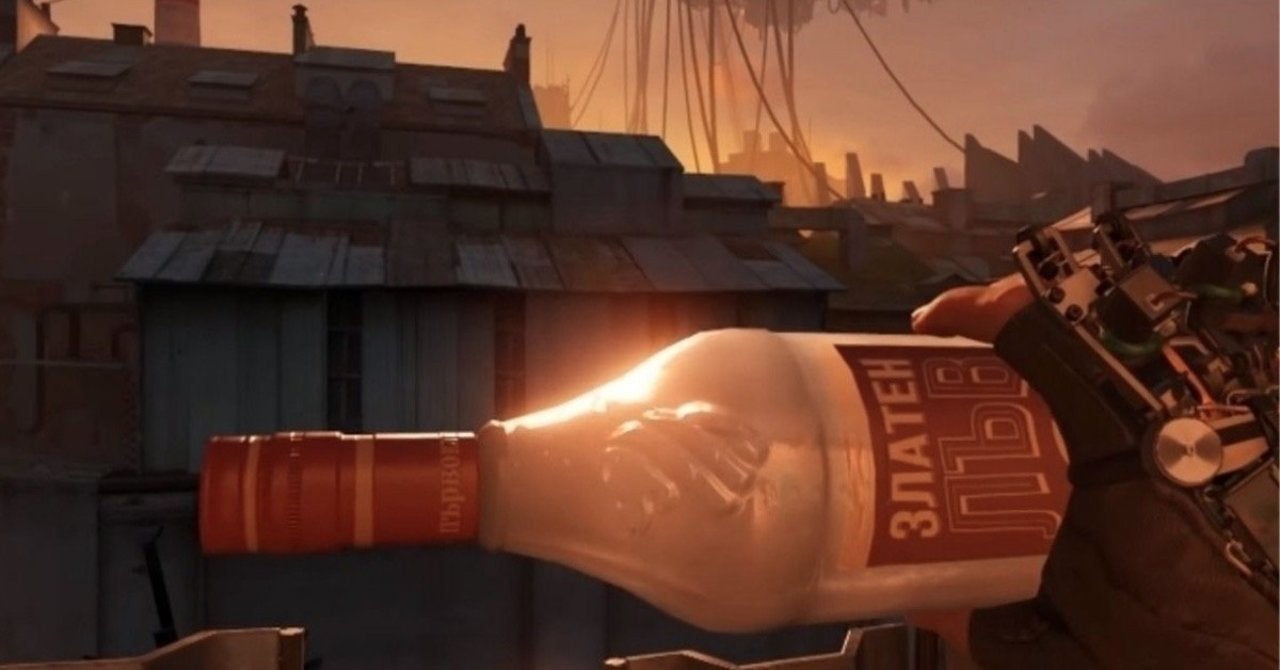 The latest update for Half-Life: Alyx adds a number of minor fixes and features, but the most interesting just might be the addition of sloshing booze in the game. Bottles in the game now appear to have alcohol inside of them, and the liquid actually moves around inside the bottle in a realistic manner, reacting to the player’s movements. It’s an incredibly minor detail, but one that helps the game feel even more immersive than it already was. According to visual effects developer Matthew Wilde, it required quite a bit of research to get it just right, but the results certainly speak for themselves!

For longtime gamers, the sloshing booze really is a testament to how far video games have progressed. While the industry is quickly reaching a ceiling in terms of graphic capability, the kind of effect that Wilde has produced in Half-Life: Alyx proves that there are still a lot of ways that video games can add details that once seemed impossible. It’s a mesmerizing effect, and one that players will definitely want to check out in VR.

Half-Life: Alyx is the latest entry in the beloved series. In the game, players take on the role of Alyx Vance, a character that debuted in Half-Life 2. Alyx serves as a prequel to that title, fleshing out the titular character’s backstory, and her initial conflicts with The Combine. The VR title marks the first time the character has been playable in a series entry. Half-Life: Alyx released exclusively on Microsoft Windows in March. While some Half-Life fans were disappointed that the title was released exclusively as a VR game, Alyx received critical acclaim upon its release.

This booze shader has been my lock-down hobby, required lots of research https://t.co/sZN3YXo3fF

Of course, the “booze shader” isn’t the only thing players can expect in Half-Life: Alyx‘s 1.4 update. Valve Corporation has added a number of different language options for the game’s subtitles. A bug has also been fixed that could cause “bad save files” by closing out of SteamVR.

Half-Life: Alyx is currently available exclusively on Microsoft Windows for $59.99. You can check out all of our previous coverage of the game right here.

Have you played Half-Life: Alyx? What do you think of the game’s newest update? Let us know in the comments or share your thoughts directly on Twitter at @Marcdachamp to talk all things gaming!