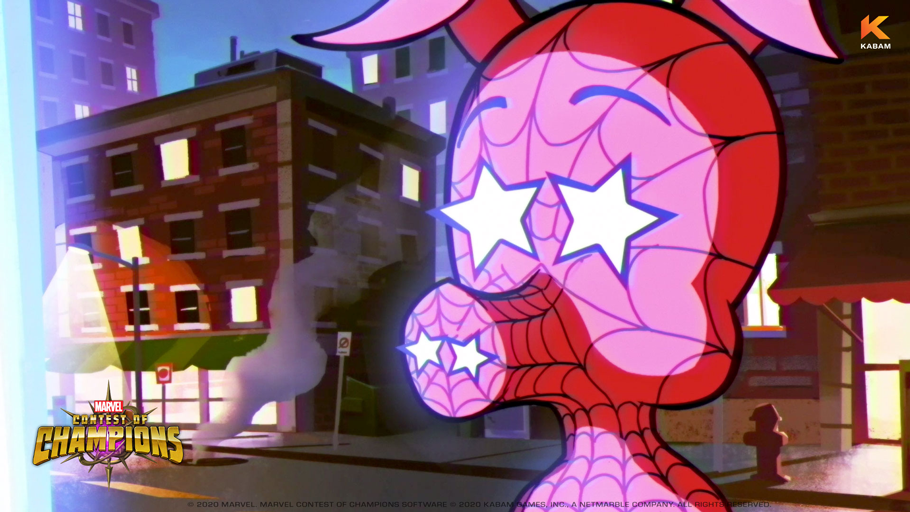 Are you ready for more John Mulaney as Spider-Ham?

Everyone knows that Spider-Man: Into the Spider-Verse may have been the best superhero movie of all.

And everyone also knows that Mulaney as Spider-Ham was the secret sauce that helped make it such a delightful experience, enhanced by his ability to float through the air when he smelled a delicious pie.

If you needed just a little bit more John Mulaney/Spider-Ham in your life – and don’t we all? – today is your lucky day, because he’s back as the voice of Spider-Ham for Kabam’s Marvel Contest of Champions mobile game. And they’ve released a “motion comic” short to promote this addition.

Marvel Contest of Champions is a mobile fighter game where you assemble your team of Marvel characters for real time fights in the Battlerealm. Porker was just introduced as a new character:

Peter Porker here, I’m sure you’ve heard of me, big upcoming star. Boy, do I have an opportunity for you today! I’m looking for a valet and you look like you’d be a perfect fit; definitely qualified for it and not just the first person I came across. Play the new Event Quest, Framed By Fame, and get in my entourage now, or you’ll come crawling back to me when I’m a big celebrity!

The game will include “John Mulaney’s Champion Challenge” where Mulaney hand-picked his team of Super Heroes and Villains for players to fight against. If you defeat his team, you get some juicy rewards.

I’m a little sad about this, because I’m a Marvel Strike Force girl here. Contest of Champions requires you to actually be nimble with your thumbs, and I’m lazy.

But I’m super happy to be able to hear Mulaney as Peter Porker some more! And who knows, maybe I’ll have to get those thumbs working to get stuck into this game now that Spider-Ham can enter the arena.

In the digital short Spider-Ham is ensnared by a tempting advertisement promising fame. Will he succumb to this dubious scheme?

Mulaney previously reprised his role as Spider-Ham for Spider-Ham: Caught in a Ham, an animated short.

REVIEW: There are many games like SUPER ANIMAL ROYALE, but this one is CUTE