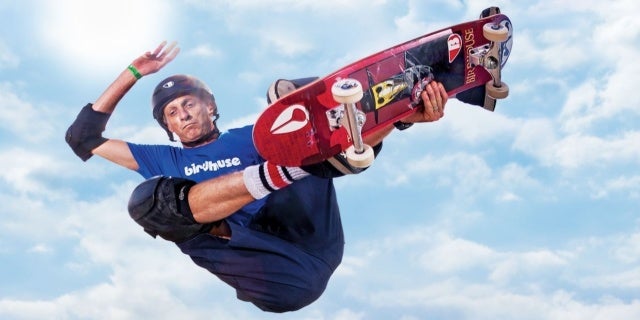 It looks like the rumors are true: a new Tony Hawk’s Pro Skater game is releasing this year, 2020. The unofficial confirmation comes via professional skateboarder Jason Dill, who leaked word of the project during the latest episode of The Nine Club podcast featuring fellow professional skateboarder Chris Roberts. During the podcast, not only did Dill reveal the game is coming out this year, but he revealed that his song will be in it, as well as his board.

Unfortunately, this is where the salient details dry up. Further, it’s unclear what this new game is. Is it a mobile game? Is it Tony Hawk Pro’s Skater 6? Is it a remake or remaster of Tony Hawk’s Pro Skater? Is it a reboot? Sadly, for now, we can only speculate. That said, below you can check out the conversation that leaked the news:

Jason Dill: “Do you guys know that there’s a new Tony Hawk pro skateboarding game coming out in 2020?”

Chris Roberts: “I heard about that.”

Jason Dill: “So, I made sure to add my board to the boards you can pick, because I wanted to be in that s**t too, somehow. And that was a vain-ass move on my part, and I’ll admit it.”

As mentioned above, there’s been rumors and leaks pointing towards something new on the Tony Hawk front since last year. All of these rumors and leaks have pointed towards either remasters or remakes of the first or first two games in the series though. In other words, there’s a good chance that this new Tony Hawk skateboarding game releasing this year is a remaster or a remake of a previous game rather than a brand new installment.

For more coverage on Tony Hawk’s Pro Skater — including recent news, rumors, and leaks — be sure to take a moment and check out all of our past and all of our most recent articles covering the series by clicking right here. Meanwhile, as always don’t forget to leave your thoughts and hot takes in the comment section or, alternatively, in my Twitter notifications @Tyler_Fischer_. What do you think this mystery Tony Hawk game is?