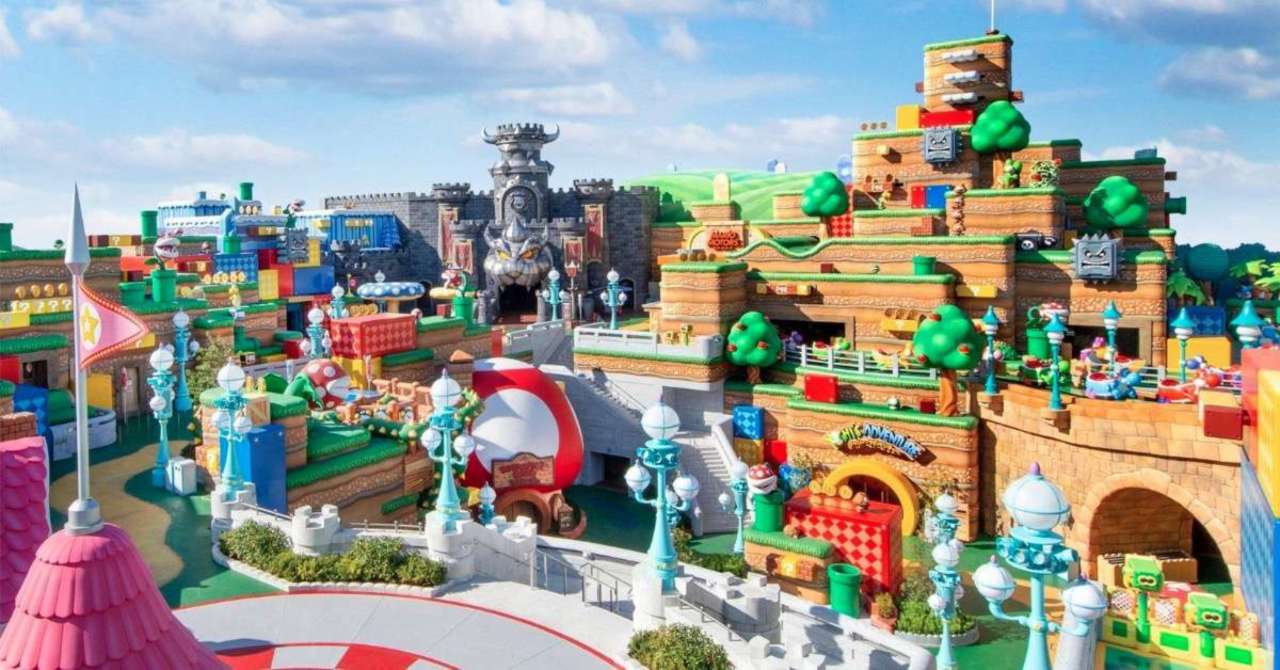 Universal Studios Japan has revealed the opening date for Super Nintendo World: February 4, 2021! The attraction was initially intended to open last summer, but was pushed back due to the coronavirus pandemic. While a handful of images from the attraction have been leaked over the last few months, Universal Studios Japan has released some brand-new, official pictures from the park, giving us a better glimpse at the finished product that visitors can expect to see in February. These include an image of the park’s exterior, as well as a handful of pictures taken of the inside of the Mario Kart ride.

Images from the park can be found in the Tweet embedded below.

In addition to these images, new details have been revealed about the much-hyped Mario Kart ride. According to reporter Kurumi Mori, “Koopa’s Challenge” will feature AR headsets. The ride will take place inside Bowser’s Castle, and will have players racing through different areas, including Rainbow Road! While the ride is on tracks, it seems that players might race against other riders, so there is no guarantee of a win. The castle itself is lined with trophies straight from the series, as well as numerous other details that should excite longtime Mario fans!

It’s official! The very first #SuperNintendoWorld is set to open on Feb. 4th in Osaka, Japan!

I got a first-hand look and can confirm the Mario Kart ride uses AR headsets but is ON RAILS. So no falling off Rainbow Road 🌈 😆

With the park set to open in a few short months, it seems that additional images and details should be coming in the very near future!

What do you think of Super Nintendo World? Do you hope to visit the park? Let us know in the comments or share your thoughts directly on Twitter at @Marcdachamp to talk all things gaming!